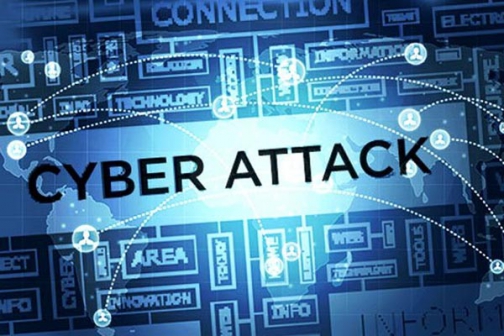 The Price of Poor Cyber Security: How to Lose $373 Million in 30 Minutes

One Year Anniversary of Massive Cyber Attack in Ukraine

Сyber terrorism is a real threat to the modern society, which is able to affect not only one single entity, but an entire country. The massive attack, which took place in Ukraine on 27th of June 2017, shocked IT world: virus, known as Petya.A or MBR Locker 256, partly restrained work of the government institutions and major companies for a few days.

Which companies was affected?

During few days people were not able to make payments with the bank cards at shops, pharmacies and gasoline stations. Big companies were able to maintain production process, but were forced to stop or limit financial operations. Moreover, thousands of employees could not perform their jobs, because their PCs were infected. Most of population succumbed to the panic: they were very frightened, because they felt unprotected and no one could forecast what would happen next.

Eventually, this short virus attack resulted in tremendous financial loss: Ukrainian GDP dropped by 0.4%, which is equal to 373 million dollars.

How did it happen?

The point is that 80% of all Ukrainian companies, including government institutions, utilized the same kind of accounting program, which is called M.E.Doc. The last software update had significant vulnerabilities, which provided hackers with a chance to incorporate malware registry key into the M.E.Doc. Consequently, more than 12,000 computer systems automatically updated an accounting program with the hidden backdoor, which was successfully activated after the installation. It allowed cyberterrorists to collect the identification data and establish the remote control over the infected computers. It is important to note that all named Ukrainian companies utilized Microsoft Windows operating system. Petya.A was not able to infect Macs, iPhone, Android devices or Linux boxes.

In fact, hackers chose M.E.Doc software as a perfect tool for penetration into the nationwide computer system in order to find the most vulnerable elements for future attacks. Developers of the accounting program were not involved in the virus distribution, but they could be blamed in a poor level of cyber security.

How to protect yourself from malwares like Petya A?

Viruses similar to Petya.A got to computers via emails, which contained a link to installation file. If you really care about the cyber security, you should never open emails from unknown addresser and, even more important, never check attached links or files. Installation of any software, which is offered by unauthorized developers, is extremely dangerous for your device.

Moreover, you should always update antivirus to the newest version. This simple action will help decreasing the probability of the infection with a malware.

However, if your PCs and data on the hard disks have a crucial meaning for your private life or business, it is time to get extra protection. The experts at eXstream Security are here to answer all your questions about the existing malwares and to offer you the most effective cyber security solutions. You are more than welcome to contact one of our specialists for more information.

What has changed during one year?

First of all, antivirus developers updated their malware databases, so every PC with installed and updated antivirus is protected from Petya.A and some similar lockers. Secondly, the government strengthened the cyber security requirements to software developers, especially to those ones, which work on national programs. Despite all efforts of IT companies and the government, only professional cyber security services can prevent attacks and ensure absolute safety.

Let the eXstream Security help you to mitigate these risks by Protecting, Monitoring and Defending your valuable assets. Do not wait until the unknown fatal virus will get into your computer system. Give us a call 617 500 4861 or email us at info@exstreamsecurity.com to talk to a security expert today. www.exstreamsecurity.com